is a fairly new offering from Faber-Castell, and we’re proud to be among the first to discuss it. Faber-Castell has been rising in popularity in the fountain pen community over the past few years, with such pens as the LOOM and the Ambition, both of which offer stellar performance at reasonable price points, and the WRITink continues this tradition. 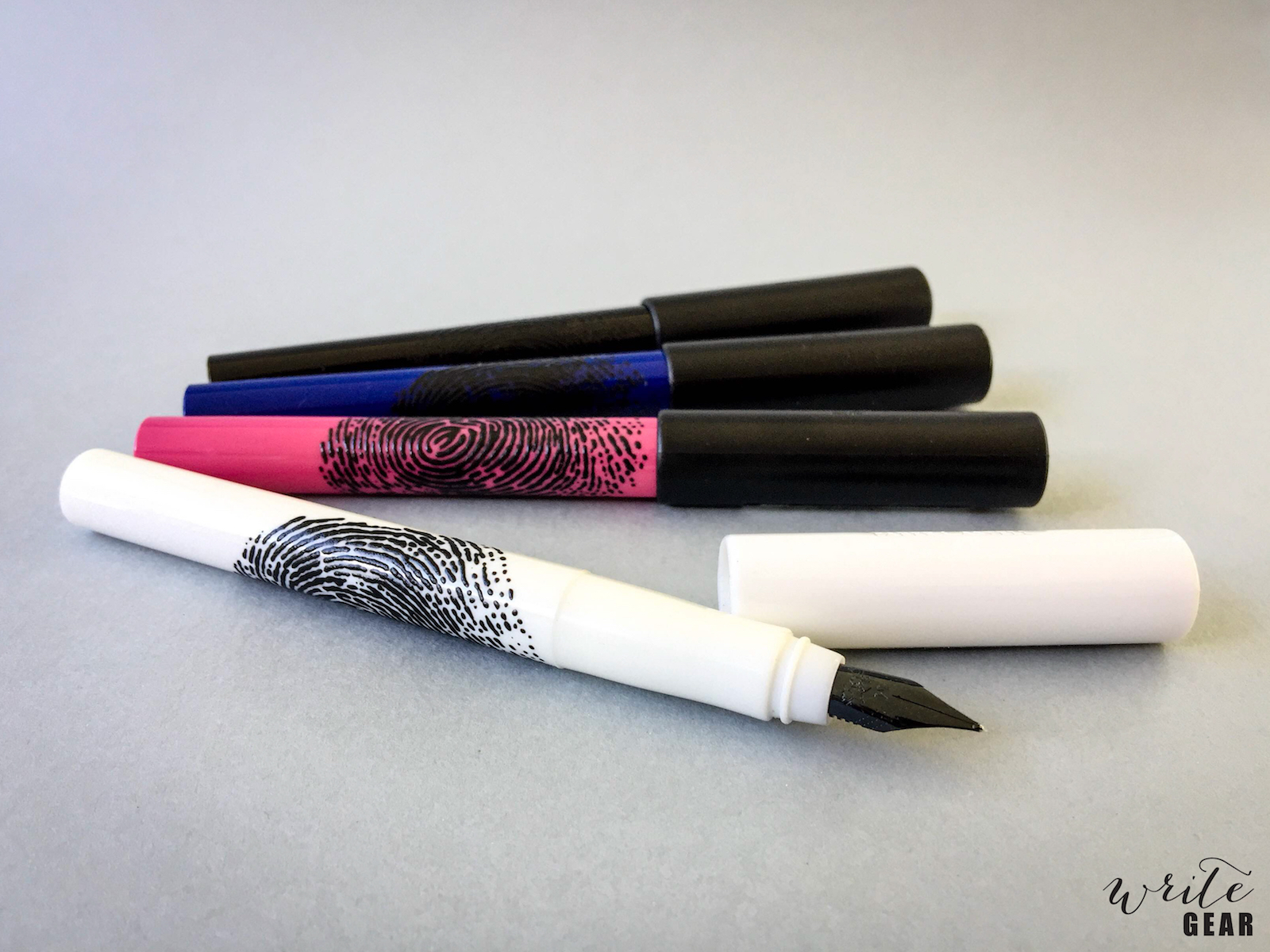 The pen is made of a durable ABS plastic, and is priced at R379, which places it at the entry level, with pens such as the Lamy Safari, Pilot MR, and Kaweco Classic Sport, but Faber-Castell has done a good amount of work to differentiate their product.

Design-wise, the WRITink features a distinctive 3D-printed fingerprint on its otherwise cylindrical body, and all four colours feature a stylish black nib. These colours are Black, White, Blue, and Pink. The White is the only one of these colours to feature a white cap and grip section, which are both black on the other colours. 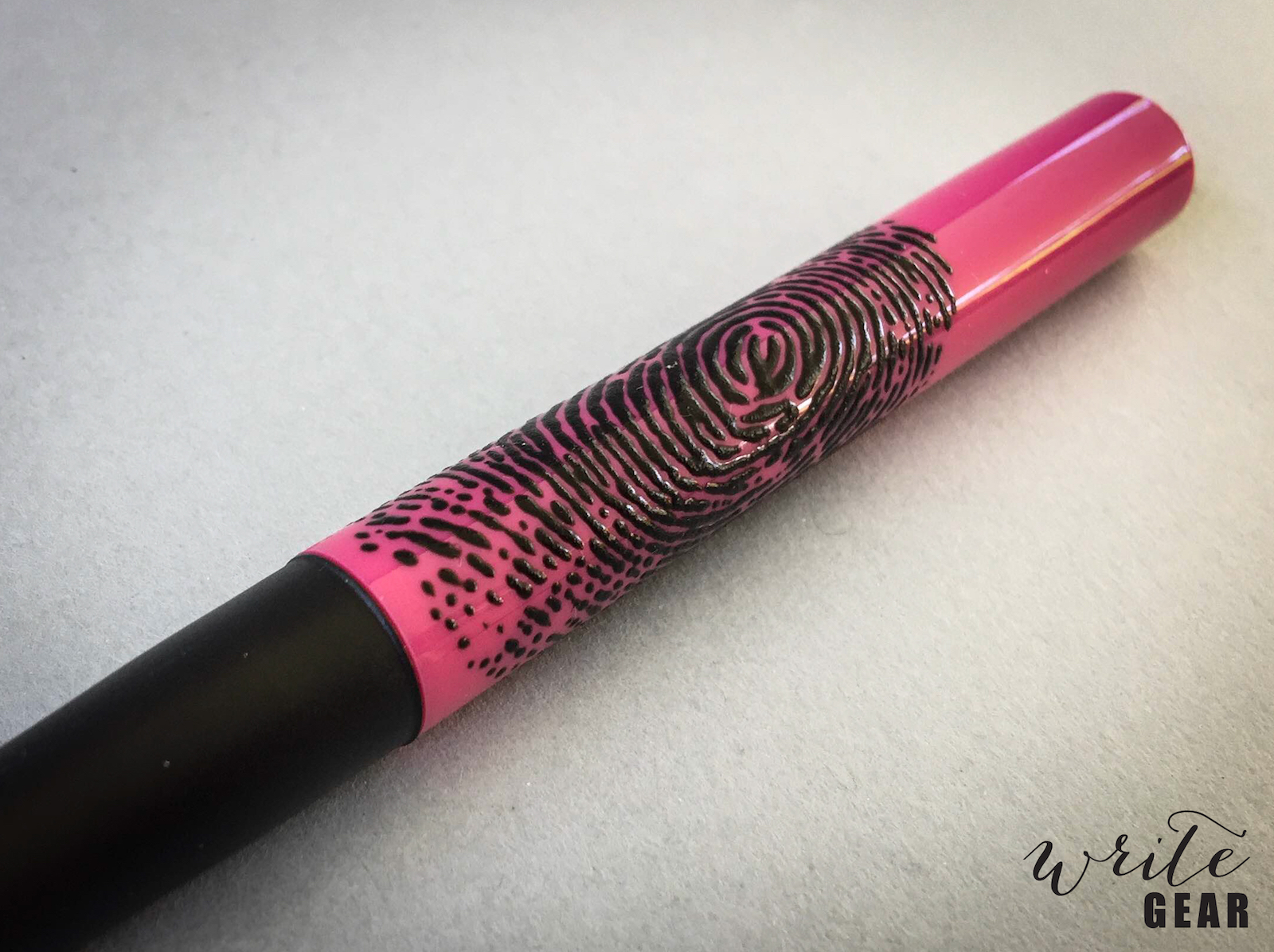 The nib is smooth and great to write with, and is angled downwards slightly. This is intentional, and definitely does not have a negative effect on the writing experience, though the reasoning is not entirely clear. Apart from the angle, it seems to be a smaller version of the nib found on Faber-Castell’s more expensive pens. The Medium nib lays down a finer line than usual for a German pen, but it is still broader than a Japanese Medium, for example. 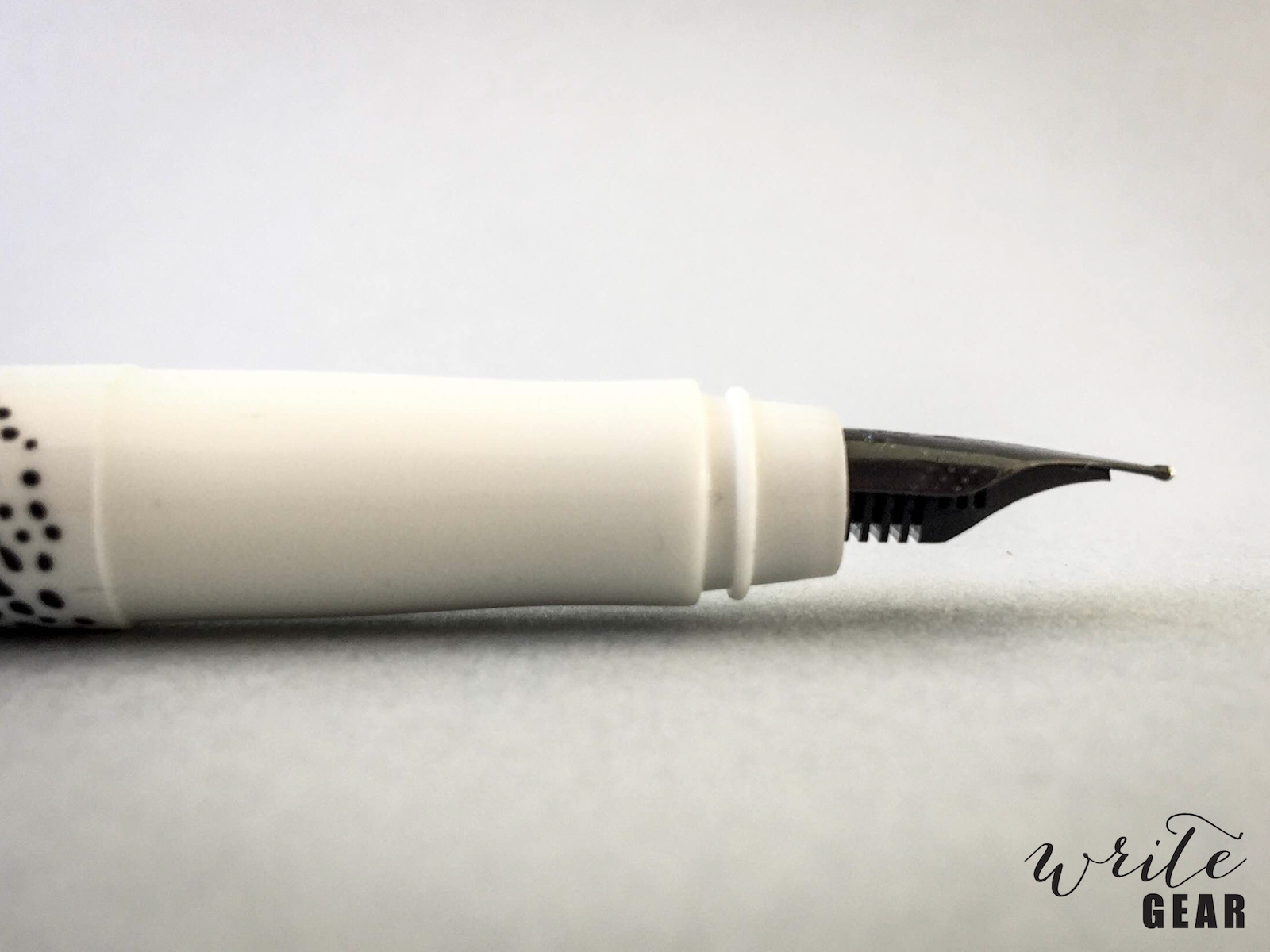 The grip section is mostly cylindrical, with a slight dip around the centre, which provides a comfortable grip.

Unposted, the pen is a decent size in the hand, though posting it will give it an extra 3cm or so, if that would be preferable. The cap does post quite deeply, meaning it doesn’t throw the pen of balance while it’s on the back of the pen.

The clip is spring-loaded, which allows it to clip onto thicker materials- such as jeans pockets- easily and securely. This is another great functional feature, and it’s nice to see that Faber-Castell pays this attention to pens even at this price range, as this is a feature we’ve seen on the LOOM and Ambition. 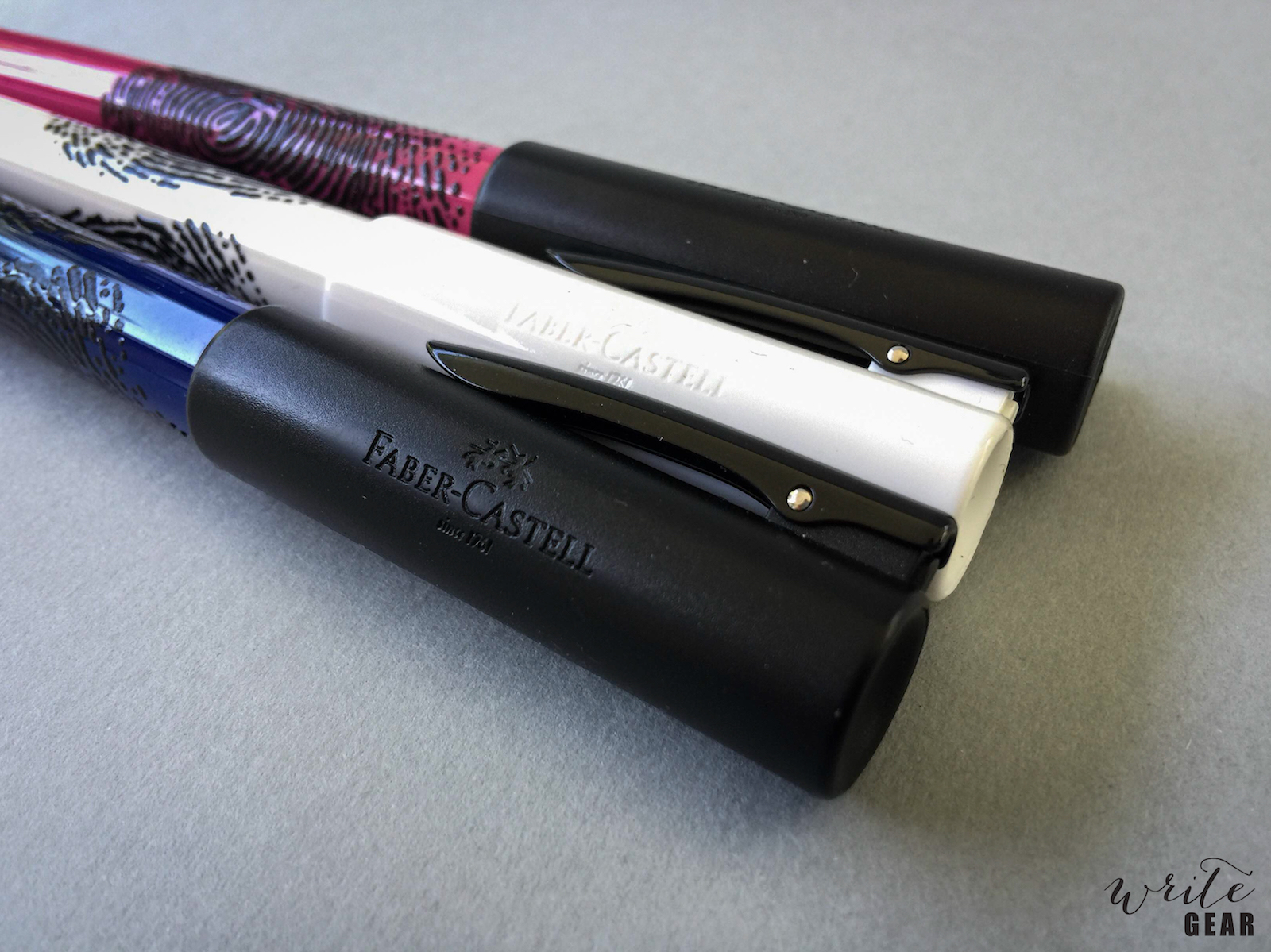 A feature we’re always happy to see on cartridge/converter pens at any price point is International Standard compatibility, and the WRITink thankfully delivers in this regard. You won’t be limited to just one brand of cartridges or a converter you might not entirely like, but instead will have access to an array of cartridges in a broad range of colours from the likes of Diamine, Kaweco, and of course, Graf von Faber-Castell. Being able to choose between converters from brands such as Kaweco and Waterman is quite nice too, and you might even have a spare converter lying around.

It also has a sneaky feature that we almost missed, in that there is a spring attached to the bottom of the inside of the barrel. This may seem strange, but it has appeared on such pens as the Kaweco Elite and Dia 2. What this does is it allows the user to store a second ink cartridge in the barrel without it getting stuck or rattling around in the body. This is a pretty minor feature, but it’s a pleasant surprise, especially at this price point. You might want to find a way to remove it if you want to use this pen as an eyedropper, though.

Overall, this is a great pen, especially for the money, and we are excited to have it in our lineup.

You can find it on our site here – http://writegear.co.za/?s=WRITink&post_type=product

Recieve our blog in your Inbox
Recent Posts